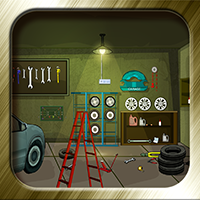 The True Criminal – CAR PARKING: In previous game, more evidences of the Ben the person whose face was not marked in the photo of murdered victims has been found. The evidences we have found shows that Ben must be wounded or the worst is that he could have been killed. It means Ben is the last person of the murderer's targets. According to the evidences it have happened recently. So we have to find Ben before its too late. We have to find Ben faster  to stop the true criminal.