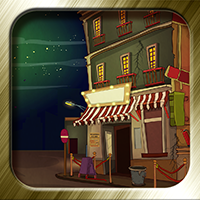 The True Criminal– The Show: In previous game, the gold miner who has been suspected as doing some illegal work and has a link with the last murder has been arrested. But according to the statement given by him that he is confirmed as an illegal miner but in the place of the last murder, he was there before the murder but he does not know anything about the murder. So Let's conclude that he will be the end of this case. But the evidence found in that place leads the case to the new era. So lets continue the process of finding the true criminal with more precise.